A gathering of distinguished guests assembled in the grand Clarendon function room at Brown’s Hotel on 28th May. Once the favourite haunt of Agatha Christie, these days guests from around the world get their thrills from being positioned right in the heart of Mayfair.

On this occasion the Ambassadors and High Commissioners Luncheon was hosted by the London Diplomatic Association. Chilled champagne was flowing and guests mingled whilst the talented magician, Zap, dazzled them with his tricks. How many people walked away with a bent 10 pence piece? A priceless gift.

With the backdrop of beautifully painted panels on the walls, guests exchanged their own personal stories. Where was your last placement? How do you find London? What do you think of the food here in England? These were just a few of the questions asked. The Indonesian Ambassador, TM Hamzah Thayeb, was hoping his three year tenure – which was due to end imminently – may by some miracle be extended. We’re keeping our fingers crossed for you!

Another Ambassador getting ready to move again, was Pekka Huhtaniemi, from the Embassy of Finland. He too was unsure where he would be placed, but knew he had to make tracks in July. Ambassador Michael Zantovsky, from the Czech Republic, told us how he used to be a journalist before he joined the Diplomatic Service.

Bentleys came to talk about security. Yes, I’m sure I wasn’t the first person to assume they were here to promote their luxurious cars! But their expertise lies in risk management for large hotels and corporations. They were there to raise the bar for security.

Chestertons came to talk about how their property company sponsors fabulous events such as the Polo. With 30 branches in London alone, they also have a dedicated Russian desk. Elana Kruger represented the Army and Navy Club, otherwise known as The Rag, based on Pall Mall. The club was founded in 1837, the year Queen Victoria acceded to the throne.
The socialising was all subtly photographed by the multi-talented Stefan Lubomirski de Vaux, who has snapped a wide range of subjects from Royals to landscapes.

As more coins were bent out of shape and bank notes disappeared from the table, the Asparagus magically appeared thanks to the attentive waiting staff. The wine was flowing and one bottle in particular was wowing our Australian representative Dale Eaton.

After the main course – Roast rump of herbed Launceston lamb – guest speaker, internationally acclaimed photographer Ripley spoke about his varied career and how he developed his unique style of superimposing equestrian shots onto a composite of cityscapes. The whole room was impressed by his artistic flair. 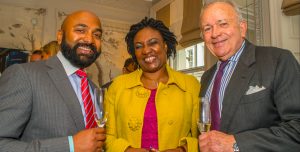 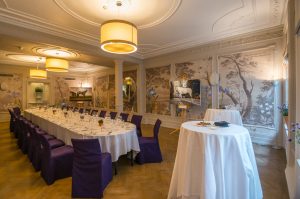 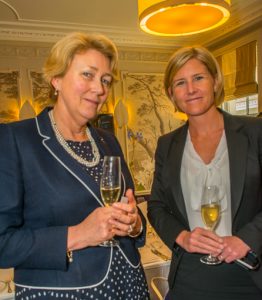 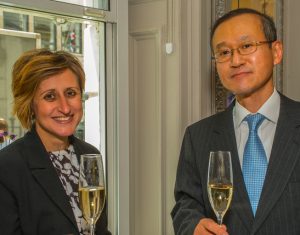